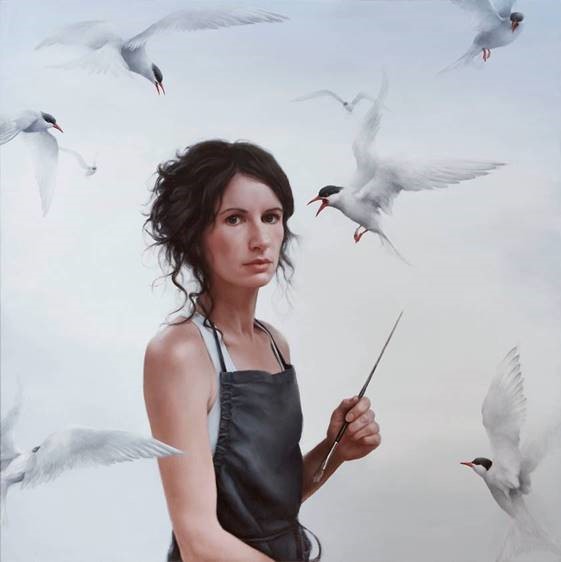 Katie O'Hagan was born and raised in Scotland.  Growing up on the remote North coast, she often passed the time by sketching the customers who came into her father's pub, a talent that continues to inform her art today. After attending the Edinburgh College of Art, where she earned a degree in silversmithing, O’Hagan moved to the US in 1993. She worked primarily in the film and television industry before setting her career aside to stay at home to raise her daughters. In 2004 she returned to drawing and began to experiment with painting, a pastime that soon evolved into a consuming focus. Largely self-taught, she has enjoyed increasing artistic success and recognition.

Her work has been widely collected nationally and internationally and has been exhibited in many galleries and museums including The National Portrait Gallery in Washington, D.C., The World Art Museum in Beijing, The Mesdag Collection in The Hague, MuZee Art Museum in Belgium, The National Arts Club in NYC, and The Butler Institute of American Art.  Her painting, Life Raft, was a finalist for the Outwin Boochever Prize in 2013. She has also received awards from The Salmagundi Club, Allied Artists of America, Oil Painters of America, and The Portrait Society of America. Her work has appeared in numerous publications, including on the covers of The Artist's Magazine and Fine Art Connoisseur.

She currently lives and works in Beacon, New York, with her two daughters and her dog, Seamus.