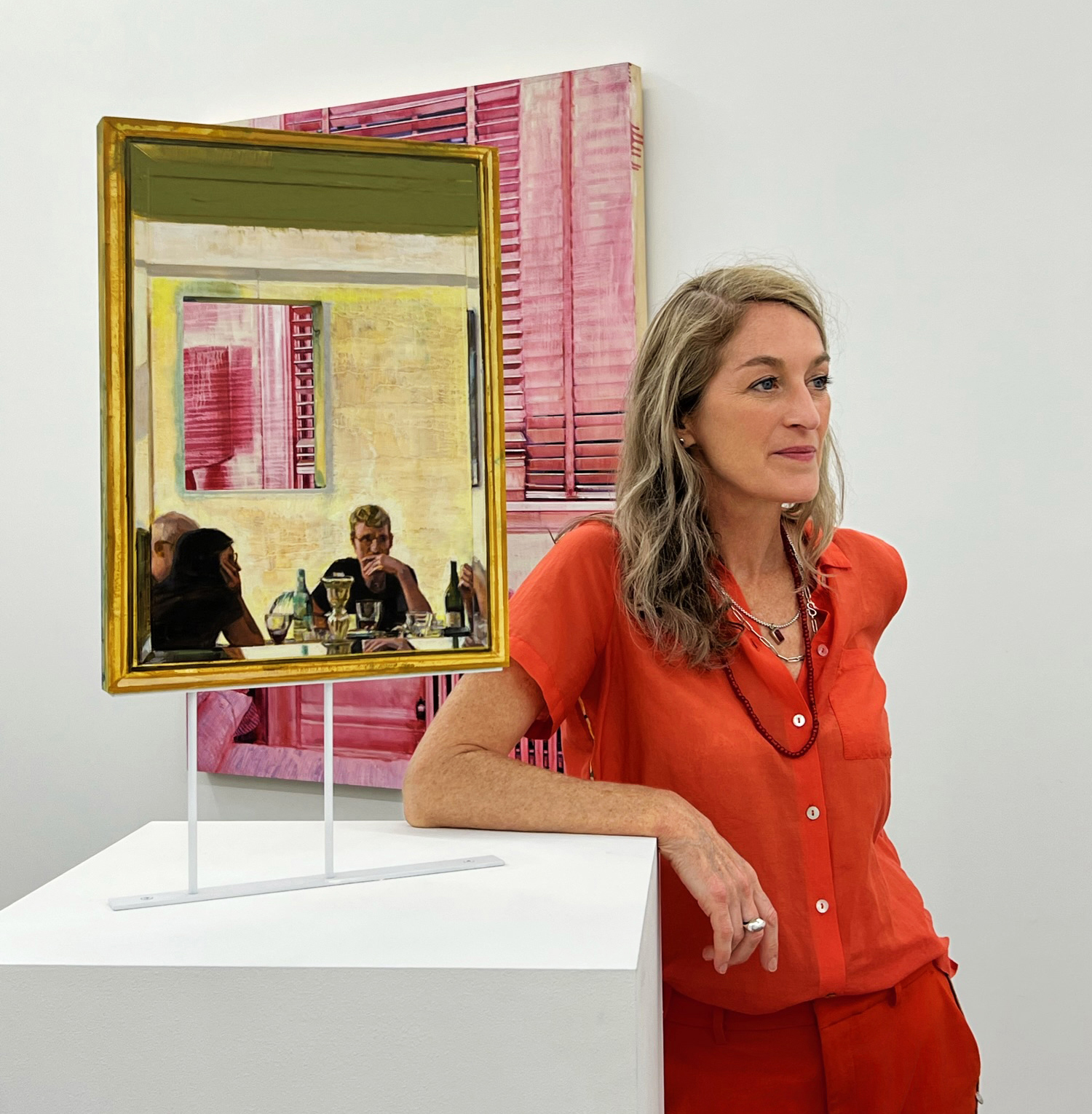 Laura Karetzky paints images that present multiple spaces within a single moment, challenging an understanding of the narrative perspective. Her use of windows, boxes, screens and reflections to establish separate spaces within a larger narrative was inspired by the experience of video chatting, where the viewer occupies their own place while looking simultaneously into other rooms held within the confines of a box on a flat screen. In some of her artworks the window is a physical hole, connecting both planes of two-sided paintings and engaging the entirety of the gallery beyond, a constantly changing narrative within the set story of the painting. Mark-making and dripping paint give a sense of motion and sometimes ethereal figures move in an implied passage of time. Ultimately, Karetzky says, her work “attests to the experience of navigating a multifaceted, multidimensional, multicultural and complicated universe.”

BACK TO THE 3.0 FINALISTS