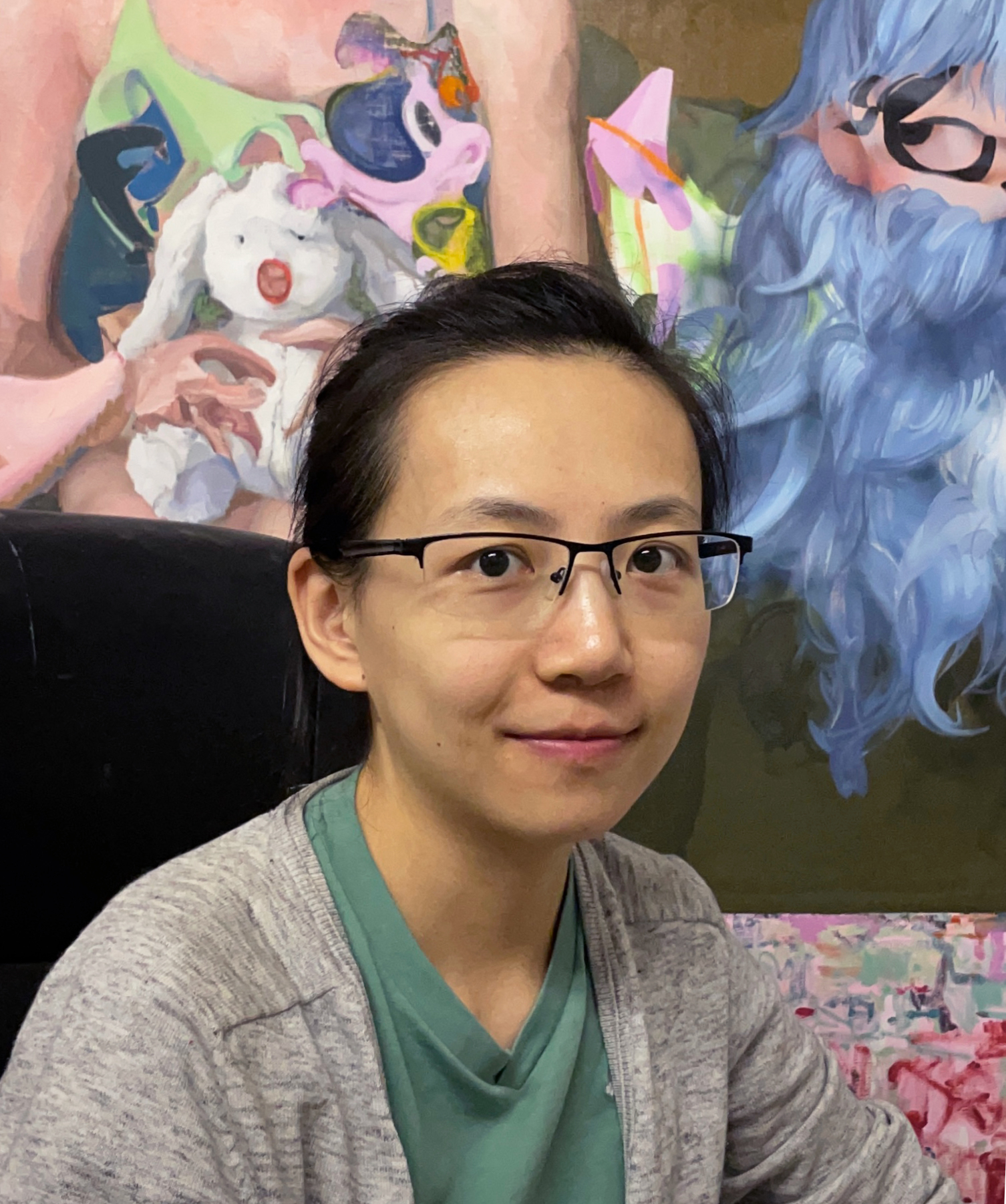 Deng Shiqing uses her paintings to explore the “relationships between virtual manipulated reality and the tangible world.” This exploration takes the form of strange and mysterious narratives populated by small figurative groups or single actors. Shiqing’s stories are drawn primarily from the personal, borrowed from the lives of her friends, from her own questions about society or contemporary events. Clothing becomes a starting point for both concealing and expressing the body, a second skin that provides visual clues to the invented stories. Planar and drawn elements within the clothing distort the three-dimensional illusion of the figure and elongated limbs further exaggerate the distortions of space. The drawn elements often serve as costume, a visual narration of the internal, sketched notes that allow the actors to communicate without speaking. Quiet, contemplative, mysterious and humorous, Shiqing’s paintings hide as much as they reveal.

Shiqing holds a Bachelor of Fine Arts from the Central Academy of Fine Arts in Beijing in her native China and a Master of Fine Arts from the New York Academy of Art in New York City. Her works have been presented in the U.S. and China, with solo gallery exhibitions in Los Angeles and New York and group shows at the United Nations, Sotheby’s in New York, the National Museum of China in Beijing, and others, including art fairs in New York and Miami. She was a Terra Foundation Resident in Giverny, France in 2017 and won Best of Show at the WMOCA International Biennial Portrait Competition at the Wausau Museum of Contemporary Art in 2019. Shiqing was recognized with an honorable mention in the inaugural 2019 Bennett Prize.

BACK TO THE 3.0 FINALISTS