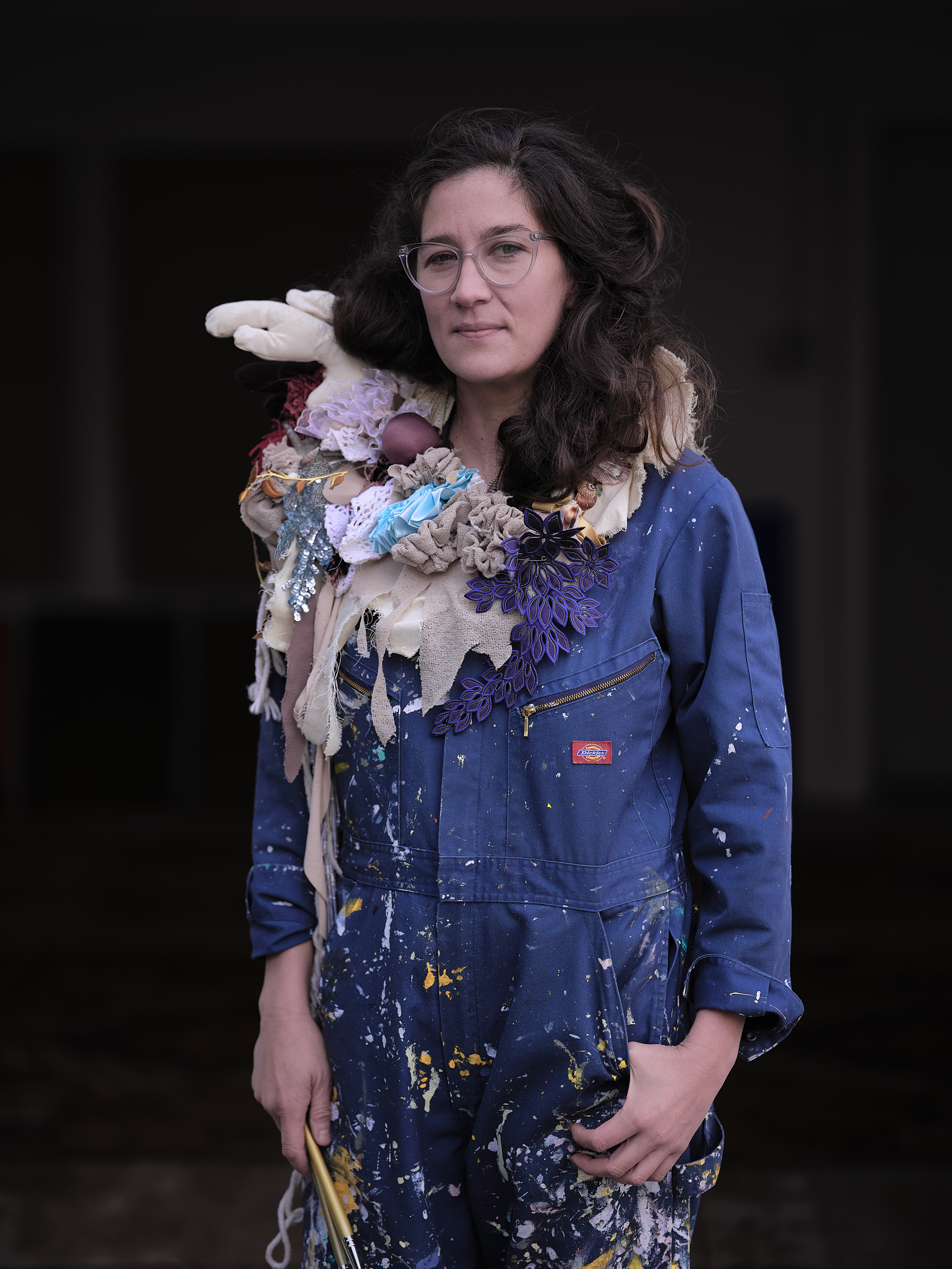 June Glasson’s full-length, representational portraits challenge how society expects women to behave and be seen. Her current interests began in 2008 in Berlin, where she encouraged her models to engage in “unladylike” behavior and invited them to bring props and costumes that reflected their self-identity. When Glasson moved to Laramie, Wyoming, she found her models bringing firearms, antlers and other “western” props to the studio. This embrace of the region’s narrative led to an exploration of the myths and stories that characterize the American West, including a deep dive into the Mountain Man culture. Glasson’s portraits skew and deconstruct the masculinity of the Mountain Man, employing camp, parody and drag in portraits that feature classic costuming altered by lace beards, sequin pants and heavy, boa-like pelts. These paintings twist gender notions and introduce play and frivolity into the iconic symbols.

Glasson is an artist and designer in Millbrook, New York. and holds both a bachelor’s and BFA from Cornell University. Now a self-employed artist, her early career included art design and window staging for multiple New York City stores. Her work has appeared in exhibitions throughout the American West as well as New York City and in Europe (at the National Portrait Gallery in London among other sites) and has been featured in various publications including The Paris Review, The Wall Street Journal, New American Paintings, Guernica Magazine, People, SAND Journal, and Domino, and in the film My Idiot Brother. Glasson is the recipient of the 2010 New York Foundation for the Arts Visual Arts Fellowship and the 2015 Wyoming Arts Council Biennial Fellowship. She is also the co-founder of the Wyoming Art Party, an artist-led organization that supports and organizes Wyoming artists. Glasson is represented by Kenise Barnes and Visions Contemporary West.