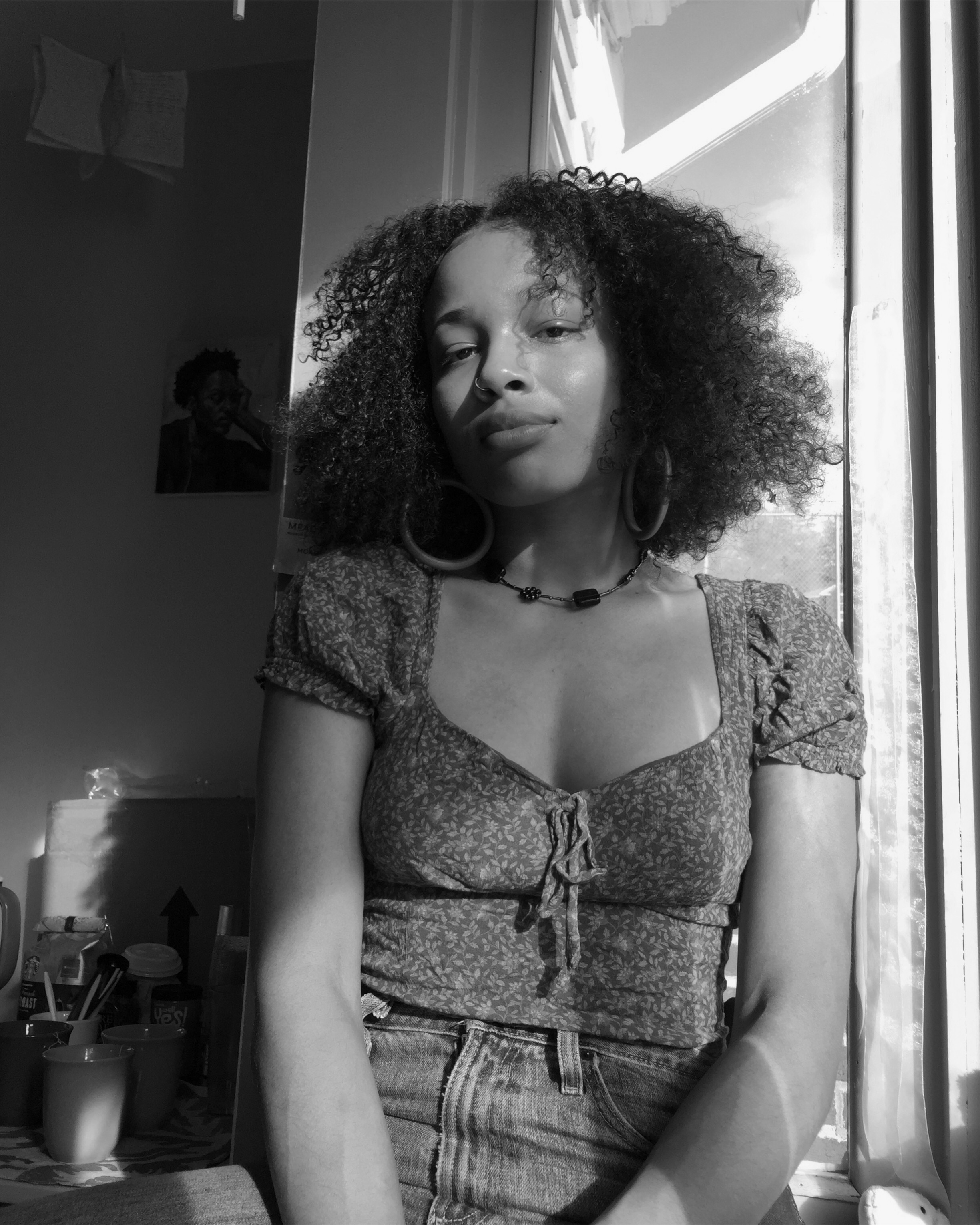 Sophia-Yemisi Adeyemo-Ross paints portraits as “love letters” to her subjects, unknown sitters translated from vintage photographs taken by missionary societies in West Africa at the beginning of the 20th century. Missionary activities of the era were intertwined with European economic and industrial colonialism, and Christianity served to justify many of Europe’s exploitative practices, a history that closely informs Adeyemo-Ross’s work. Identifying as a Black, multiracial queer woman of Nigerian and German descent, Adeyemo-Ross explores her connections to both sides of this history by reimagining her historical subjects in new, timeless landscapes free of the traumas of the world. Celebrating the resilience of the African people in the face of deliberate attempts to eliminate their traditions and practices, her paintings seek “liberation and agency for people that appear frozen in time.” Grounded by the Yoruba interlace motif, a symbol representing the fluid connections between life and death, Adeyemo-Ross blurs the past and present in her expressively imagined spaces.

Adeyemo-Ross is currently pursuing a BFA at the Rhode Island School of Design with an expected graduation in the spring of 2021. She has been an Artist-in-Residence at the Lazuli Residency in Corinth, Vermont and at the New York Academy of Art in New York City. Her art has been exhibited at The Manetti Shrem Museum of Art in Davis, California, and at Office & Gallery in Los Angeles, California.